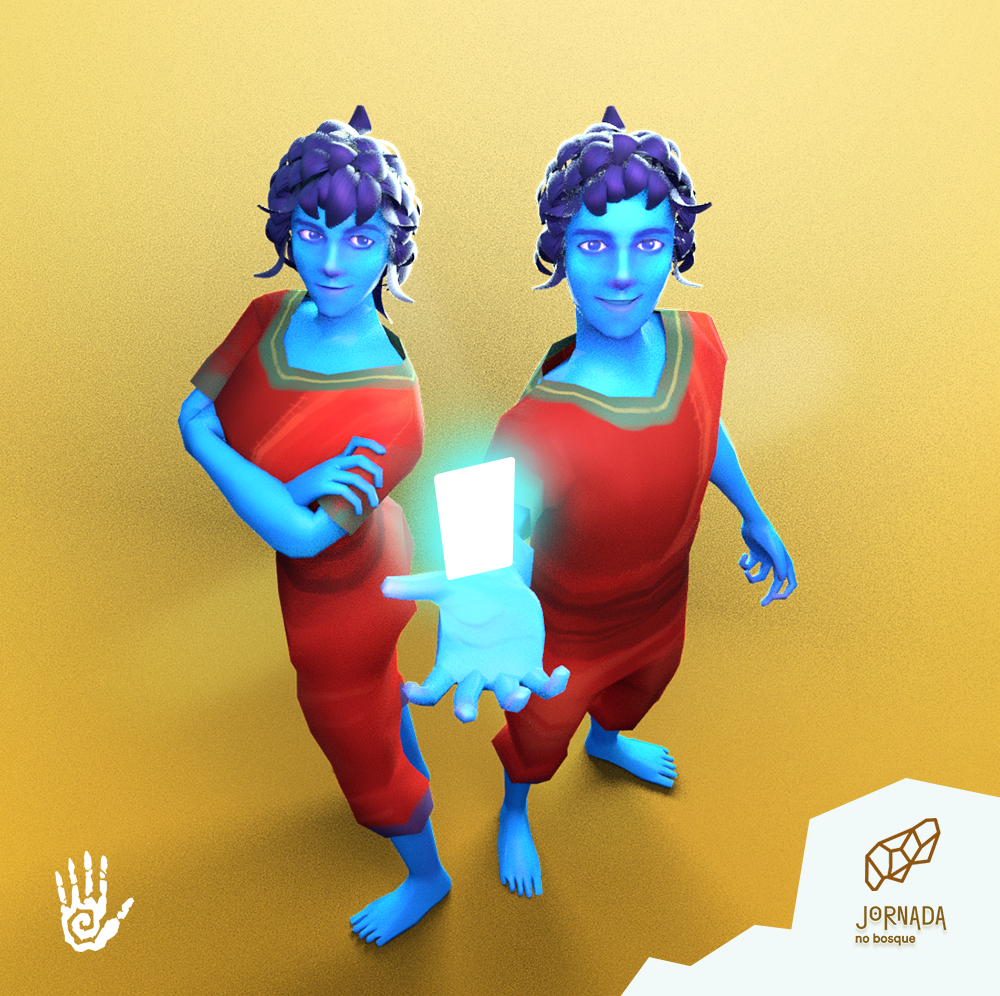 Jornada no Bosque – Exergame in the city of Natal

Jornada no Bosque is an exergame similar to Pokemon Go (Niantic) and Wizards Unite (Niantic and WB) with the objective of bringing about to players information about the local biodiversity presenting a plot that challenges them to rescue the species therein.

The game is part of a project for a local client. Criadora de Mundos produces all of the Game Art, Design, 3d modeling, animations and coding of the game. The client sourced us with layouts, parameters and needs for the projects and we were in charge of making it come to life.

In the journey, the player needs to collect crystals around the park to unlock what are called crystal-cards, each one representing a species inside the game. Without them, the species inside the park will disappear. The player will also meet Uru, a bird known as mother-of-the-moon (rough translation from portuguese) that will be by your side throughout the adventure, showing you the secrets inside the game. Ollin is the elder spirit of the park, which can be seen in and to whom we can talk in augmented reality.

Parque das Dunas (Dunes state park) is one of the most important pieces of preservation in Brazil lately. It covers around 4.53 square miles and is what is left of the atlantic rain-forrest in the area.

Game in the press: